Hike to an Abandoned Monk's Cave in Hedley

Are you serious?  A monk once lived in a cave on a cliff above a creek here in Hedley?  That was my reaction to his reply when I asked the man at the souvenir shop what the most awesome little known places in Hedley were.  My curiosity fully peaked, I hopped into my car with a handwritten map determined to find this cave. I managed to find the trail and park my car before the terrain got too rugged and was rewarded with the most peaceful creek side trail.

I was told there were bridges to cross but when I got to the first crossing and noticed an old bridge laying across the shore on the other side; it became painfully obvious that I would be forging the creek and getting my fancy new hiking shoes wet in my quest.

Thankfully I came across a group of locals on their way back from the cave because without their directions, I am not sure I would have found it.  The hike took about an hour and the trouble it took to get there made the reward at the end even sweeter.

I did not expect the cave to be so well made.  The woodwork and stonework were incredible and the view from the back of the cave was breath-taking.  The monk even had a stone terraced flower garden.  I became fascinated by this man and wanted to know more so I did some research and found out his name is Leon.

Leon lived in the cave in the early 1990’s but left after a fire only to return around 2000 to rebuild his home.  He was well known in the area and received visitors year round.  He left around 2006 after being flooded out and relocated to the Indian Reserve near Wolf Lake where he currently lives.  I am not sure how to contact Leon, but I would love to meet him one day. 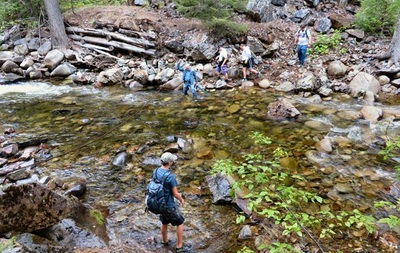 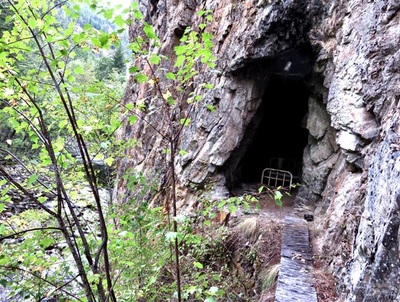 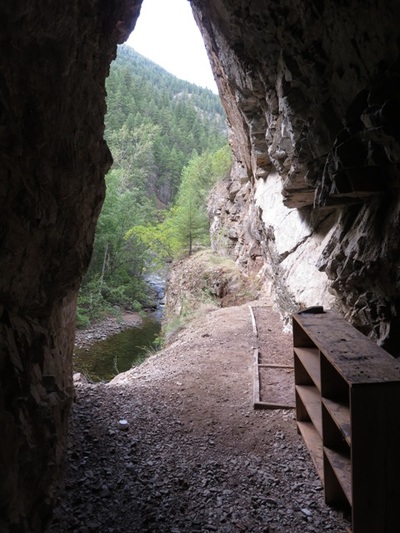 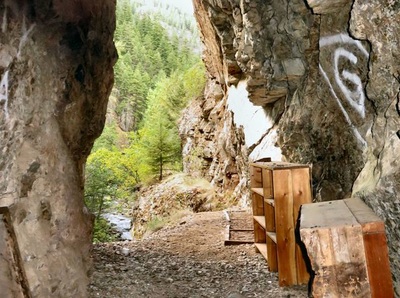 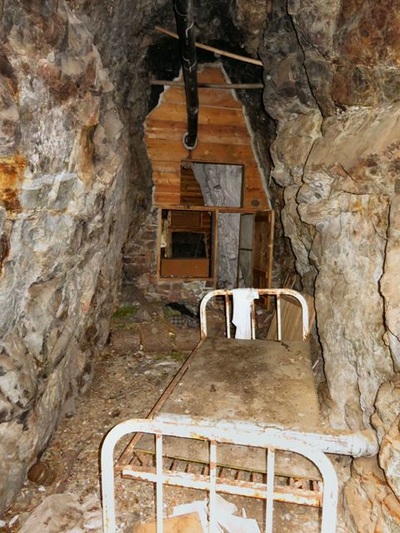