Visit the Wizard at the Balancing Rock...

The Savona Balancing Rock is a huge boulder left over from erosion and delicately balancing on a clay hoodoo. Known by local First Nations' as "Coyote Rock" the landmark, which rests on ranch land, is located on the shores of Kamloops Lake.
Legend has it, that the rock came to rest where it is today as the result of a long standing feud between the Okanagan and Secwepemc First Nations people over ownership of the land. It's been said that the Secwepemc and Okanagan First Nations people were involved in a battle for many years. In an effort to end the dispute, a competition was held where the strongest man from each side would try and balance a large rock on top of a standing rock. Try as he might, the Okanagan man could not lift the rock. The Secwepemc man tried and did lift the rock, balancing it on top of the standing rock, and as a result, the Secwepemc won the rights to the land. 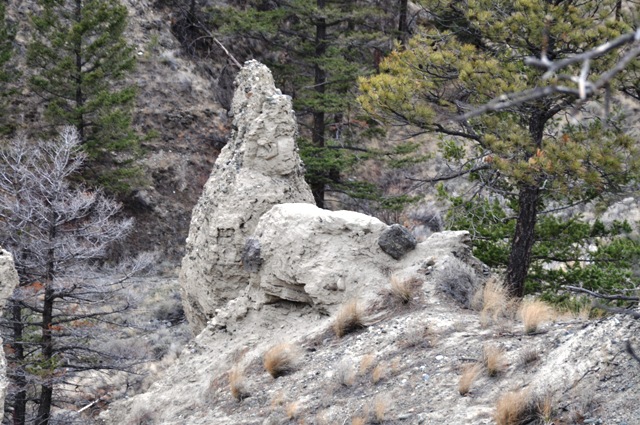 One of the Hoodoos looks like a Wizard in front of an altar.